Skip to content
Traditional Chinese Medicine Acupuncture is based on Qi,  the Meridians, Yin/Yang,  and the Five Elements at specific Acupuncture Points:
Qi: In Traditional Chinese Medicine, Qi is the vital life force that flows throughout the body, and is what gets regulated by your acupuncture treatment.
Meridians: Meridians are associated with various organs/tissues of the body and are the pathways through which Qi energy flows. To make a comparison to what may be more generally understood: if Qi were blood, then the meridians would be the blood vessels through which the Qi flows through. 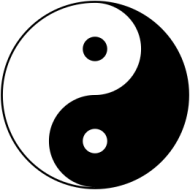 relation to the world around us. The 5 elements are wood, fire, earth, metal, and water, and theses  are related to the five most important organs of  the body: liver, heart, spleen/pancreas, lung, and kidneys respectively. Additionally, each of these five elements is also connected to their own respective colors, tastes, seasons, directions, musical notes, connective tissues, sense organs, emotions, odors, etc. In each meridian, there are also acupuncture points related to each of the Five elements, referred to as the Five Shu Points.

Acupuncture points: Acupuncture points are specific locations along the meridians where the Qi surfaces and gathers at a shallow, accessible region of the body. Through accurate and proper stimulation of theses acupuncture points,  the Qi is adjusted and reversed into a normal condition that can be re-evaluated through pulse taking. If the human body were to be considered a circuit board, the acupuncture points could be understood as the switches on that board. However, Just after adjust the pulse by acupuncture points, the syndrome maybe still existing, after go home one day or two days, the patients may feel better and better.

We care about your health and quality of life!

Our number one priority is providing individual attention and care for each patient. Please feel free to contact us with any question you may have, or simply schedule an appointment or checkup online.

Leave us a review!